Structured data is everywhere right, its old news actually - so we are not going to cover the basics. You may have heard of it as microformats, RDFa, microdata, schema.org and who knows what it will be called tomorrow. At the end of the day its a way to structure your data (code) to signal to search engines (its one thing they all agree on), and other sites interested in your data, what exactly is in that data set. It could be calories for a recipe, dates for a concert, etc, all with the goal being to provide a richer user experience before the click. This is nothing new for SEOs (note, I had my mind BLOWN by @matthewjbrown when I saw his presentation a few years back on structured data and what you can do with it.)

But what I do want to discuss that is hot off the presses is the Google Data Highlighter tool released in mid December. I want to think about what this says about long term where Google (and hopefully Bing) are going as it relates to structured data.

Structured data is NOT easy for non SEO's

So for us the concept is simple and implementing it while not easy, its not exactly HARD for someone with basic Google skills, a little knowledge of HTML, and a willingness to just try it out. For the small business owner, the word "structured markup" "syntax" or "Microdata" might as well be "ganham style". For the medium to larger organizations, its the yeah I know what it is, but I can't get the budget or window to get it done problem. Both are an issue, as microdata formatting is something that all signals show Google is doing more and more of and that they see are helping users (and also keeping them on Google). Yet they haven't made it easier for the small business owner or the large businesses that just can't turn on a dime.

First, why should you care? Because I think structured data increases rankings, it helps increases click throughs (when google doesn't decided to show its own), helping you to get more exposure. Well you probably see structured data all over the web, and it likely provides a better user experience! While we are calling it by all the different names you might see it in places like this: 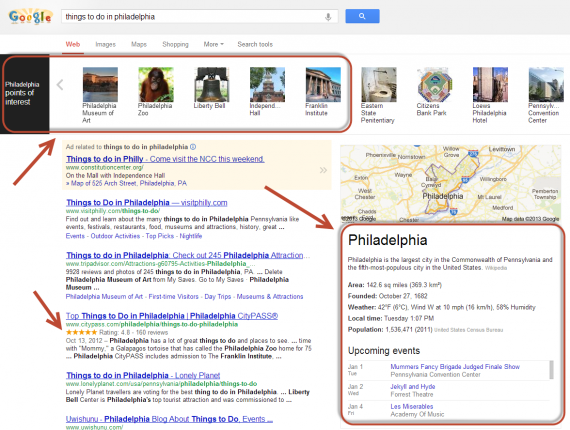 Why I think Structured data will increase your rankings

The concept of structured data / schema.org having been around for a few years, this Data Highlighter is a SERIOUS step for Google in that they are aiming to make the process (albeit only for events for now) of structuring your data a point and click interface. Being a data driven company I bet they realize a data point that indicates of higher quality for users or higher SERP engagement when event data is structured vs unstructured. Google has said for some time that structured data won't impact rankings, yet I bet it does...very indirectly.

Structured data likely (I'm guessing here) gets more clicks, getting more clicks on your listing likely impacts rankings. According to the SEOmoz ranking factors study, the panel of participants largely agreed that clickthrough rates, bounce rates, etc would have an increasing impact on rankings.

Bing admits that clicks have an impact on rankings

Aas far back as Oct 2010 Bing has readily admitted that click throughs are a part of its ranking algorithm.

Just take a few examples and tell me which one is more helpful...

Lets say you are looking for Kermit Ruffins Tickets If I give you the example below, and said scan it and within 2 seconds stop looking and tell me where Kermit is playing and when, you might be hard pressed. 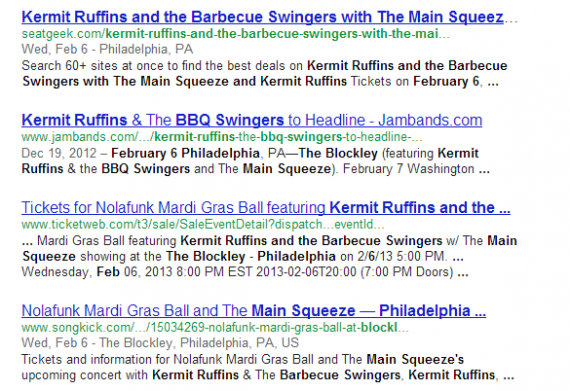 Now look at this example (for the same search) and tell me where Kermit is playing and when, I bet you remember 1 if not all 3 in the same amount of limited time scanning:

Even better as Google works more and more on structured data and location data combined and they are able to tell you when an artist is playing "near you". 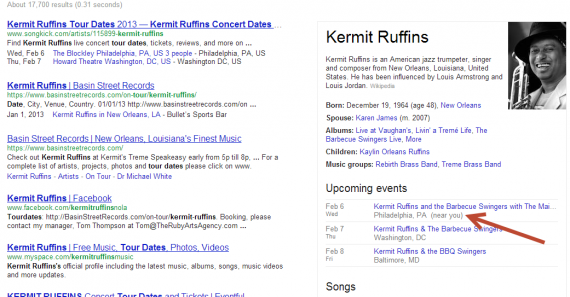 So now that we see the value, aren't you wondering why is it that in so many search results, I don't see events structured properly, like the second example?? Well its not easy, sure for SEO's the code is easy, but in today's complex CMS, custom CMS, conflicting plugins, sprint cycle, budget window environment, world just because Google launches something that in theory can be done in 15 minutes, doesn't mean a marketer or business owner can get it done in the snap of a finger or that their CMS allows for it as easily as Google or Bing make it out to be.

Removing technical requirements as a barrier to rewarding quality content

Google's goal is to surface the best results, that is their goal (tin foil hats, I get the whole while maximizing revenue thing, lets put that aside). Google is fully aware that getting rich snippets up on a Kermit Ruffins fan site or some affiliate site is easier for the nimble marketer than it may be for a Ticketmaster, the platform that runs his personal site or a larger enterprise, so should they "miss out" on the benefits, when often times they are the best or most trusted source?

What we can learn from Google Authorship's adoption

Look no further than the progression of claiming Authorship...look at the steps when it first went live, I guess what a lot of small businesses and large enterprises weren't going to do all that - this "easier version video" would be impossible for 90% of small business owners. Now look at it today.

Google has proven that they can increase adoption by making the process easier. Google wants to reward those larger enterprises with higher rankings and rich snippets since they often invest heavily in real marketing, sending high quality signals to the search engines, yet their internal dynamics don't make them early adopters. The nature of a larger organization though is that tech changes can't be made quickly. Now...lets take that back to Google's mission. Their mission is not to serve the best content for the webmasters who know code or rel-author, it's to surface the best content PERIOD, so how do you allow markup to be identified w/o forcing marketers to wait for code changes?

Point and Click markup??? Holy smokes! Think about it guys...is this the beginning of a trend where Google starts to allow marketers and business owners to bypass code recommendations with a point and click interface? Will this drive increased adoption over the "old way" of managing event markup in the same way that the finger kinda destroyed the stylus b/c of its simplicity or the way windows 3.1 destroyed DOS giving wide market adoption? There is something about ease, that often increases adoption. Look at the ease when its point and click.

Now I am not sounding the deathknell of technical SEO at all, but I am applauding this move by Google as it helps medium / large businesses that can't just "add it in" and it helps small business owners potentially not have to hire someone to tweak code, costing them $$.

Could we see this over time for page titles, sub titles, next and previous links, prices, calories, and the thousands of other places where structured data appears? Who knows? Will it expand past events to "even the playing field" in SERPS like this where 2 sites don't have markup vs the 3 who do? 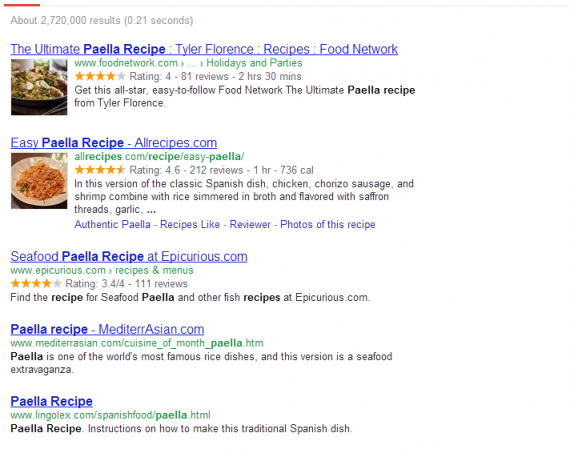 Time will tell, but we can bank on this, Google wants to surface the best content, and if they have to make it easier on webmasters to signal them, the Google Data Highlighter is a first step in that direction.