Last week I wrote a post for Acquisio about how to better use the global re-marketing tag. In my draft, I suggested that one might be able to re-target a user across devices as long as the searcher was logged into their Google account. It made sense to me; since the universal code worked on all device types why WOULDN'T Google be able to target across devices? Alyssa pointed out to me how cool that would be, but didn’t think we’d be able to do.

Google was working on it the whole time...

March 1st, 2012: Google announces "streamlined" privacy policies across products and devices. Google claims it isn't collecting any new data, but rather may be changing the way they handle existing data. The EU hates it, the DOJ doesn't much care for it either.

July 27th, 2012: AdWords launches new tools for re-targeting, launching a simple one-shot code that can be implemented across a company's web properties. The tag operates the same on phones, tablets or computers and can be installed on secure/non secure pages.

You can see where I'm going with this, right?

AdWords launches Enhanced Campaigns, marking a drastic shift in how AdWords campaigns will be structured and targeted. Enhanced Campaigns' main focus is targeting searchers not as the user of a single device, but rather focusing on a person. All devices will be targeted through a single campaign, ads/bids/keywords will be adjusted using modifiers or ad control tools, and tablets/desktops will now be managed as one.

You read right. Going forward, tablets and computers will be managed together. Because apparently they're the same.

Aaron is disappointed, but not surprised. 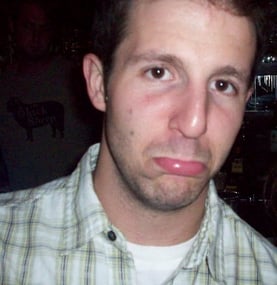 This is a change that's built for the small business, for the restaurants, for the boutique purse shop, for an area where user intent is pretty much ubiquitous. If you're searching for a pizza shop on a phone, tablet or PC, of course your mindset is going to be the same; "I want food!"

There's no secret that Google is trying to insert itself into basically every facet of commerce both online and off (further evidenced by their purchase of Channel Intelligence announced earlier). From that perspective, trying to link together a user across devices, this change makes perfect sense.

The problem is people don't work like that. Or at least I don't. When I search for something on a phone, I'm not looking for long term research or to buy a $100k piece of software. I'm looking for immediate fast answers or to settle a bet. When I search on a tablet, I'm not "power computing"; I'm likely doing some casual research and information gathering, probably plugging it into Evernote and planning to check into it later.

Messaging, goals, and budgets should not be the same throughout the funnel. Put into AdWords terms, I don't necessarily want users to see the same ad copy or landing page across devices. Advertising to different user touch points should not be ubiquitous. It never has been. It probably never will be.

What do Enhanced Campaigns mean for advertisers?

It's yet to be seen exactly what sort of control Google's going to give, as I haven't gotten to get my hands dirty and toy around. From what we've heard throughout the internet and #ppcchat, Google's going to be giving pretty robust control (and) reporting as to what happens when.

To better manage ad copy by Google’s launching what they call Smart Ads. Smart Ads will enable advertisers to pick which type of ad copy (and extensions) will be shown by device. Advertisers willl still be able to offer call-only options if they don’t have a mobile-ready site, and will be able to exclude mobile devices if we really want.

But it's going to be way, way more annoying. And we're going to lose all of the data that we'd worked so hard to build over the past weeks-months-years.

This is not the world-ending PPC Panda/penguin/cute animal update. 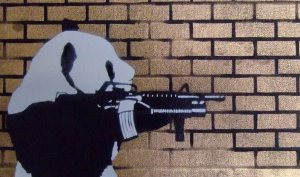 In fact, the final migration likely won’t be for a while, which is great because what Enhanced Campaigns will force us to do is to re-think our strategies as marketers. It will force us to change our processes, to fit in plans where plans don't fit, and to target all types of users at once. It will change how we do things and (at least at first glance) not for the better.

I'm going to go listen to Joy Division and sulk for a while. I’m nostalgic for the control Google used to give to its marketers.

What do you guys think?