As you’ve probably seen, YouTube has come under scrutiny over the past few years due to limited control over ad placements. As a user-generated content platform with over 400 hours of video uploaded every minute, YouTube cannot evaluate the subject matter of the content uploaded in real time.

Earlier this year, CNN reported that ads from over 300 companies were shown before or alongside videos promoting white nationalism, North Korean propaganda, pedophilia, and additional sensitive categories, thus funding these channels via their paid advertising. Ads were even spotted running on videos that do contain an offensive content warning.

Similar incidents were discovered previously and both reports caused some advertisers to completely pull out of YouTube advertising until stricter controls were put in place.

In response, YouTube completely paused TrueView Discovery ads, which have since been reinstated.

Additionally, in early 2018, Google announced increased thresholds for monetization of a YouTube channel, now requiring at least 4,000 hours of watchtime in the past 12 months and at least 1,000 subscribers.

The most recent change for advertisers looking to control where their ads are shown on YouTube comes with the October 2018 release of the Inventory Type setting in Google Ads. Previously, advertisers could choose at the category level if they would like to exclude specific categories such as tragedy & conflict, profanity & rough language, and sexually suggestive content, among others.

Now, advertisers simply choose from three levels of inventory: expanded, standard, or limited. Details on what is and isn’t included in each new content category can be found here.

How Seer protects our clients

At Seer, we take our clients’ brand safety across all networks very seriously.

On YouTube, specifically, we follow a checklist of brand safety best practices for all video campaigns, as well as take into account potential conflicts of interest for any given client. 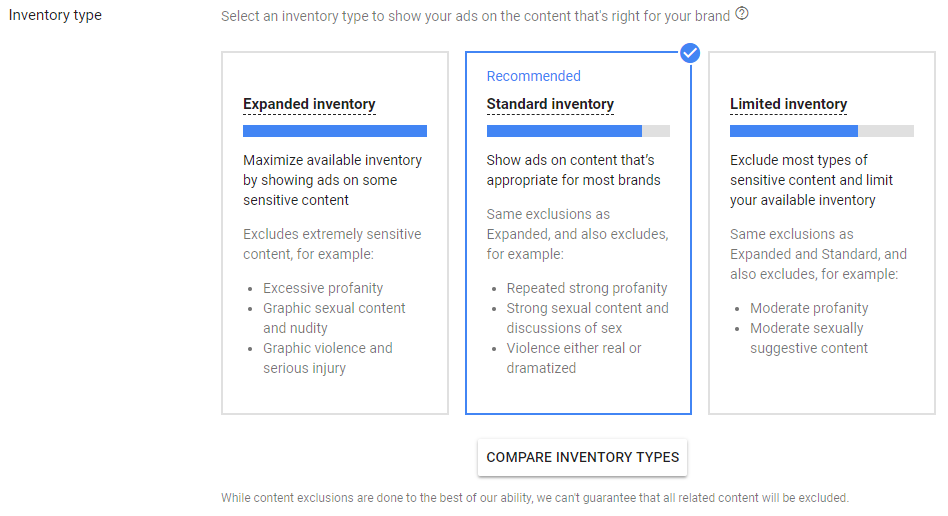 Other controls we have in place for ensuring YouTube video ad brand safety include: 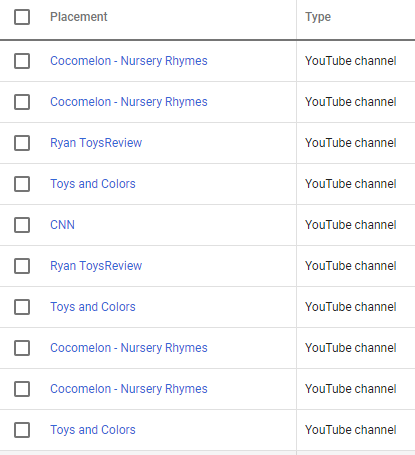 YouTube is a powerful platform to give users an extra nudge towards your brand, but be sure to take some measures of control to ensure brand safety. For more information on how you can get started with YouTube advertising, visit The Seer YouTube Video Marketing Guide!