Harry Potter and the Missing Scarf

It’s tough to accurately describe Seer’s culture in a way that others can understand. Our team is just as ambitious, driven, and competitive as it is supportive, kind, and nurturing. But at the end of the day, we’re all a bunch of nerds. And we really like Harry Potter. And data.

It all started when a member of the Analytics team (we’ll call him “Ryan” to protect his identity) discovered a lost scarf in the office and sent a photo to the office group chat in an attempt to find the owner. 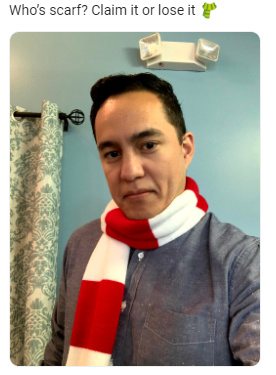 The photo of Ryan wearing the lost scarf immediately turned into a Photoshopped image of his head and scarf placed upon the body of a Quidditch player. 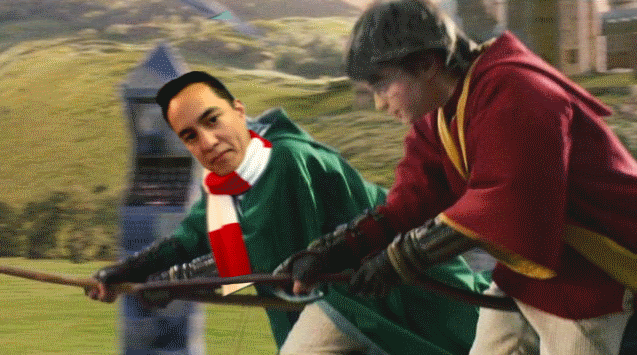 Naturally, this resulted in a company-wide inquiry: was “Ryan” really a Slytherin? Lacking access to a magical sorting hat, there was only one way to find out - the internet.

Time Magazine’s Harry Potter Sorting Hat Quiz provided the answers we all needed. If you’re not familiar with Harry Potter, there are four houses into which students are sorted based upon personality traits.

Who Works at Seer? 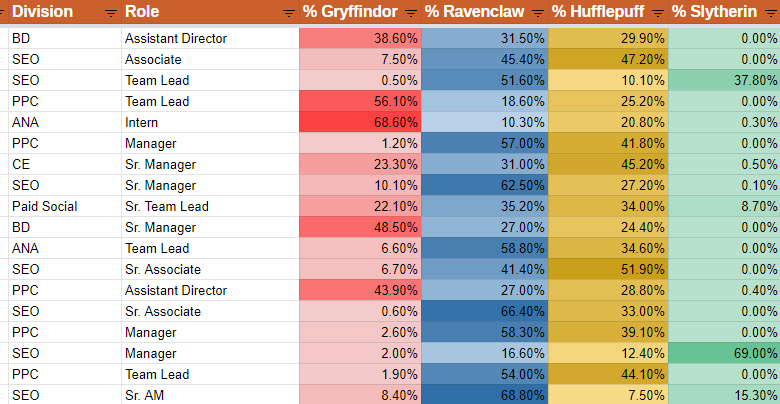 If you know anything about Seer, you’ll know that we love data visualization. Another member of our Analytics team (we’ll call him “Michael” to protect his identity, too) plugged our data into a box plot so we could analyze the results company-wide.

The above graph was created using Plot.ly. You can learn more about creating interactive data visualizations here.

Overall, the majority of the Seer team was sorted into Ravenclaw or Hufflepuff. This tells me what I already know to be true - we’ve got a team of super-smart, inquisitive people who love to learn, and we’re also incredibly friendly, nice, and willing to share our knowledge. Just look at the rest of this blog for proof of how much we love to share what we know!

Very few of our team members were sorted into Slytherin, which is not surprising, since many of us tend to struggle with imposter syndrome and not taking as much pride in our kick-ass work as we should. Although that clearly wasn't a problem for our Slytherin outliers - Kia, Celina, Grant, Marianna, and Sayf (we won't protect their identities, as Slytherins they'd rightfully claim their spots anyway).

Still waiting to get your Hogwarts letter in the mail? Join our team of data wizards and business intelligence witches - we're hiring!

Plus, make sure to sign up for our newsletter below to get access to the magical work we’re doing.