Twitter has filed for an IPO, which will likely make some early investors and employees very wealthy.  You too can profit from Twitter, except more likely as an advertiser rather than an investor.

There are four ways to advertise on Twitter.  I've already dived into the mechanics of these in earlier posts, but to recap

To learn more about Promoted Accounts, Tweets or Trends check out my earlier post. 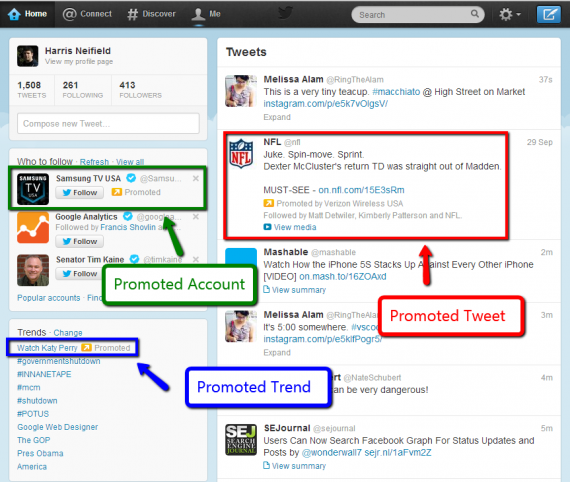 4. Lead Generation Card (different earlier post) – allows users to sign up for an offer.  Users give advertisers their name and email address, which is associated with their Twitter profile (see image below). 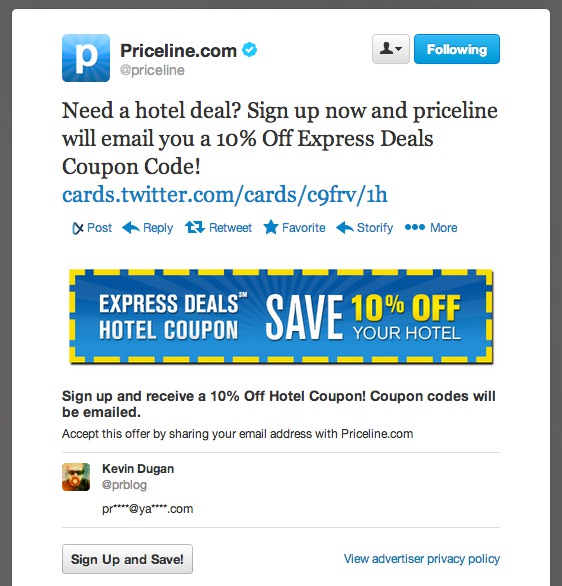 It's easy to figure out how to make a Twitter ad and start spending money.  What's harder is deciding the value of more Twitter followers, more people seeing your tweets and registrants via the lead generation card.

Start with an Easy Win

First, I’d recommend enabling the Twitter lead generation card. Leads can now be exported from the Twitter advertiser interface (no technical requirements).  Just make sure your sales team follows up with what you promised in the card.  You'll have 50 characters to describe a unique offer, plus a 20 character call to action, to entice users to share their name and email address.

Leverage What Others Have Already Done

Social media information can be aligned with many customer relationship databases you may already be using.  For example, Hubspot can sync online leads with their Twitter profiles and connect to Salesforce.  With this information, you can review key factors and see if your Twitter followers are doing the things you want them to do outside of Twitter.  For example, are they engaging with my website by registering and buying things? 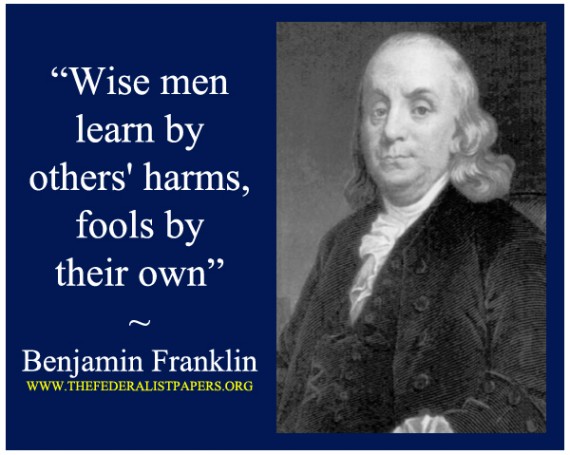 Putting an exact value (cost per follower, value per tweet, etc) is still going to be very hard but at least you can do more to see what proportion of your following are 'real' people (i.e. not computer bots) and whether human followers are active on Twitter.

How Do I Measure 'Follower Quality'?

There are countless social media analytics tools, many of them free.  For example, to measure the quality of followers you can use one of the many Twitter follower tools that measure the number of "fake" followers.  A "fake" follower is a computer bot or an inactive Twitter account.  In fact, "Fake Follower Tool" generates over 16M results on Google search because there are many tools that measure fake followers and there is lots of interest in these tools.  Use these tools to make sure your ads are reaching real people rather than inactive people or computer bots.

What's The Most Important Thing I Should Take Away From This Blog?

Start by reading, reading and reading some more about social media analytics.  Social media value is hard to measure, but don't give up.  Other people have already done a lot of the work for you.  Leverage the huge amount of resources and data already available in CRM systems and free or low cost online tools to get started.  Here are a few sources.

You won't be an expert right away but you'd be amazed how quickly you can learn.  Try to building on what others have already learned, rather than starting from scratch yourself.