TL;DR: When someone at your company moves on after a long time, internally they got more responsibilities, but without a title change - their next employer may not see that.  HR people may not even bring them in for an interview b/c another set of applicants "moved up every year".  You are doing a disservice to your long tenured team members career paths when you don't make their next employer see their progress at your company as easy as possible. If investing in people's careers after Seer mattered, then we had to make a change.

"The only person that doesn't care about titles is the CEO." -- Stephen Gerard

It hit me like a ton of bricks over a year ago.  One of my advisors said that to me, and I let it sink in, the man has a way, better than anyone else I’ve worked with, to get me to be less pig headed about my “ideals”.

Before I get into my new take, let’s go back to why I didn’t have a title when it was just me, and where we have evolved to.

Merit over Title: A company of “associates”

That last part was most important.  I believe we’re like a group of people in a boat rowing, we all play a different role, and maybe at times roles become more important in certain situations, but the role becomes more important, not the person.

Easy way out #1: Titles for clients

“Your clients are going to want a Senior in the room”

For years advisors would tell me, Wil, you need titles because clients will want to know they have a “senior” so and so in the room.  I scoffed and hated that concept.  It was the easy way out, I’d rather people show their talents to the point where no one cares what their title is.  Might that mean Seer gets “smaller” clients?  Great!  If they believe what we believe and vice versa that is all that matters to me.

Easy way out #2: Titles for margin

“See, if you give someone a title, they’ll stay longer and you don’t have to give them as much of a raise.” - Unnamed Advisor

Are you serious?  To me while the psychology of this is true, and I LOVE behavioral psychology with every fiber of my being, I don’t want to be manipulating my team with that. Nor do I care about adding 1-2% on margin b/c I’m giving titles.

This year Seer has now moved to having very defined titles, why? Ben Horowitz that’s why.  Somewhere between Las Cruces, NM and Tuscon AZ, while my wife and dog and I did our annual pilgrimage cross country for me to work from our other office for a few months.  Thank you, Nora! 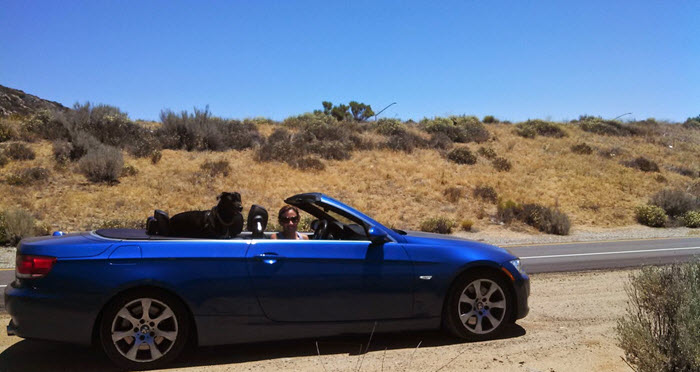 I put in Ben Horowitz’s book on audio, the Hard Thing about Hard Things.  It was recommended by one of my most generous, kind, and smart advisors.

In the book, I learned a ton. But one of the many lessons, was on titles.

Ben talks about how when you don’t give titles, you don’t show people’s progression at your company.  OOOOH now we’re talking.

I care a lot about people’s path AFTER SEER (It’s why we built an Alumni Network), if they have been good to us and have helped us achieve our goals and objectives, why the heck wouldn’t we help them on the way out?  Its why we often get 4 weeks and sometimes as much as 3 months notice.

People know we will invest that time trying to help them on their new journey / new path and that they can tell us they are leaving w/o us acting like this:

(Ok that is not entirely true, 5% of people who give a resignation probably make managers feel that way, sorry, back to the other 95% :))

But if we TRULY cared about people’s paths after they leave your company, are we making it harder for them to articulate the great things they’ve done and their advancement by not using titles? YES. Today I know titles are like other absolutes I’ve had when starting a business that have had to go.  Being in my role is about growth and keeping your mind open, even to your “absolutes”, testing yourself, messing stuff up sometimes, and learning.

If your company doesn’t have titles, wear that proudly, we did for over 10 years and that took us to over 100 employees:

But ask yourself one thing, when someone’s path takes them away from your company, and they have done great work, are you making it harder for them to stand out in that next job?

Will your lack of titles handicap them in the eyes of HR who will see a competing applicant who got three promotions on their resume?

Might that keep them from getting their next dream job?

I think it might.  I know I look favorably on resumes that come in that show career progression within a company, so why wouldn’t others? That risk is too great to me, so we’re gonna change some stuff @ Seer.

I take the Patty Mccord (watch this for about 90 seconds) approach to Seer and people - I want to make Seer a place that is a “great place to be from” and automatically opens doors for you just by having it on your resume and a recommendation from us.

Hey Ben, who did the audio for that book? Dude had a f’ed up voice...hearing him quote Nas and Game, was gut wrenching. :)