We’ve all been there. You wake up at 5am, take a hot shower, throw on your shiny shoes and your nicest button down, and head into the office as early as possible. Armed with nothing but a slide deck, you prepare yourself to face the inevitable: it’s the day of your first client meeting, and you’re as green as an A-lister at the Kid’s Choice Awards. Yikes.

Now there are a thousand different variations of being “green”, and all of them come with their own fears and expectations when heading into a client meeting. While some fears are specific to the individual, there are just as many that are universal and are things a lot of people experience when reaching across a conference room table in person that first time: 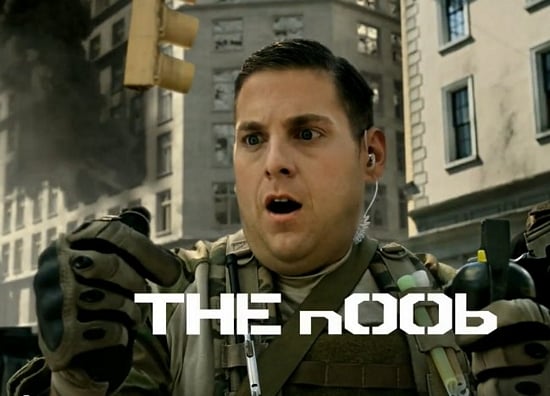 Whether you’re new to a company, an account, or an entire industry, it’s tough going into a client meeting as the newbie.

When you’re the new kid on the block, pre-meeting preparation is absolutely crucial. Read up on their company, their campaigns, and become as knowledgeable as you can before heading into your meeting. While you may not need to discuss the latest account activity, being aware of what’s happening can boost your confidence and help you bring value to a conversation you may not have been a part of otherwise.

Fear #2: “I’m going to say something stupid and lose our company a BILLION DOLLARS!” 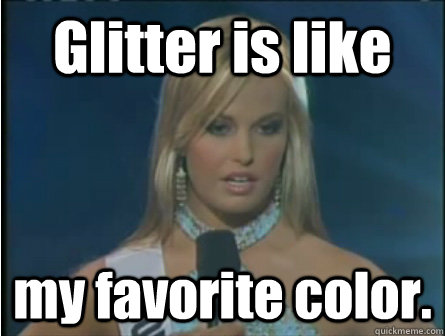 If you don’t have an extensive history being client facing, meeting with a top-level executive for the first time can be daunting. The thought of losing your company money because you said the wrong thing is universal, because an action like that could have very serious consequences tied to it.

While it oftentimes feels as if it’s you against the world when you head into a meeting with a client, more often than not you’re going in with a support system right by your side. Preparing with your team members beforehand and making sure you’re on the same page, prevents the possibility of a “glitter color” moment from ever happening.

Make sure you identify what your strengths are, show those strengths in the meeting, and let your team handle the areas you’re less competent in. If your entire team is only showing their best traits - if you only provide the intro and the closing, you’re still bringing value to the meeting - the client will only see a team that works cohesively and is of high quality from top to bottom.

Fear #3: “They’re going to look me dead in the eye and ask the hardest question possible.”

“Hey you! Yeah, the newb! Why don’t you tell me what our 7th leading assisted conversion keyword in non-branded campaigns was and what was it’s CTR as of 2 minutes ago?” Obviously, the hyperbole is implied here, but the thought of being unable to answer a difficult question in a meeting is something that we’ve all felt before.

No matter how much you prepare, there is still always the chance that you’ll be asked something you simply don’t have the answer to in a meeting. And that’s OK! Whether you’re able to rely on a team member to step in for you or you promise to follow-up once you’ve been able to find the answer they’re looking for, either approach is perfectly OK to take. What you don’t want to end up doing is talking yourself into a corner and not providing a response that’s accurate or valuable simply because you’re acting in the moment.

Silence is golden. If only things were truly that simple. Heading into my first several client meetings, I always felt self-conscious about not speaking or contributing enough. And as a result of that, I was constantly concerned about letting my team down or having my future ideas be under-valued by our clients because of how quiet I may have come across in person.

Rather than worrying about what you aren’t speaking to in client meetings, focus on what you are going to say. If you have two or two dozen slides and touch points, do everything possible to own that material and deliver it with poise to your client. As a new team member in a meeting, odds are you won’t be expected to do the heavy lifting within a meeting. Just make sure to bring your A game when it’s your time to shine and show your team and your client you bring value, even if it’s only in a small dose.

This all being said, there’s still no playbook to guarantee success in a client meeting when you’re a newbie. What these tips and pointers can do, is help you provide more value to your team, your client, and yourself.