A Critique of Presidential PPC: Part I – Obama

Alright kids, it’s that time of year again. Well, that time of every four years: election season! Everyone knows that political parties spend millions on smear-y television advertising (especially around debate time), but what do they do online?

Over my next two posts, I’ll be using my expertise to evaluate the paid search efforts of both President Obama and Mitt Romney. I’ll be taking a look at keyword selection, ad copy, landing pages and any missed opportunities. 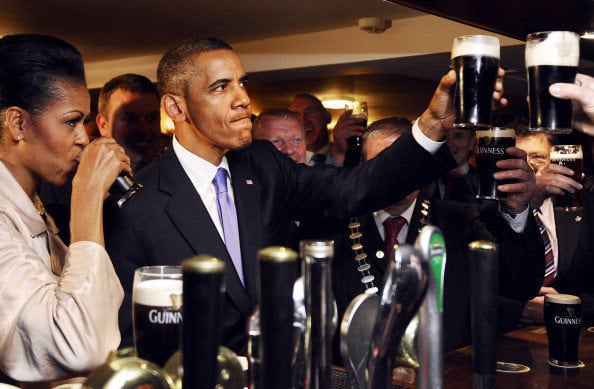 Overall, president Obama’s campaign has a very solid (albeit conservative) selection of branded keywords and some slightly weird non-branded ones. I tried a few different variations of Barack Obama, each of which triggered an ad. Oddly, searches for President of the United States or POTUS didn’t trigger any ads, while letter to the president did. (Interesting side note, “letters to the president” didn’t show an ad. Don’t fear the broad match).  A search for Obamacare triggered a piece of tailored copy, indicating there are at least two ad groups.

Overall, the copy is very vague, with somewhat unclear calls to action. President Obama’s ads encourage searchers to “Join Us,” which doesn’t offer a whole lot of guidance and sounds a little creepy. The headlines frankly seem wasted to me; Obama’s name is already in the ad three times thanks to G+ and sitelinks, so why not use the headline for something more actionable?

Oooooh, z-snap! Jokes aside, it’s a pretty good piece of copy, though it does have a somewhat vague call-to-action. I’m surprised Romney didn’t file a trademark complaint about this one.

Again, seems like there are a lot of wasted characters. Why not throw a quick number in there to show how many people it helps, or add a value proposition of something great Obamacare did instead of a rather vapid “Because it works.”

The calls to action are crystal clear. President Obama really wants you to join his email list, but won’t say why. There’s also no connection between the copy and landing pages, aside from the name. There is a clear privacy policy, which will keep the President in Google’s good graces! 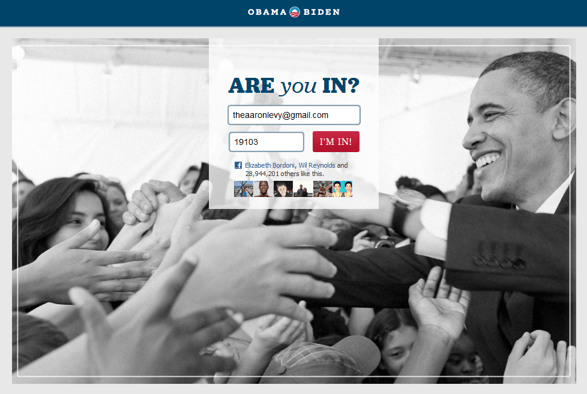 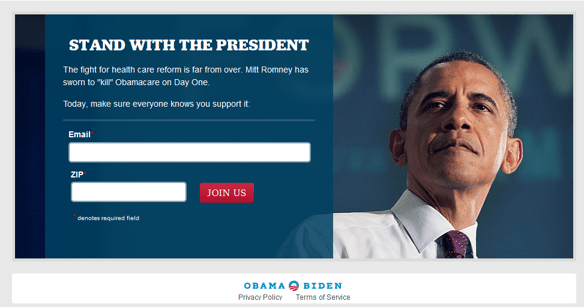 If I were running a campaign, I would probably build a small campaign around queries like who will win the election. President Obama (or whoever manages your PPC), I’ve even taken the liberty of crafting a quick piece of ad copy and a landing page for you. 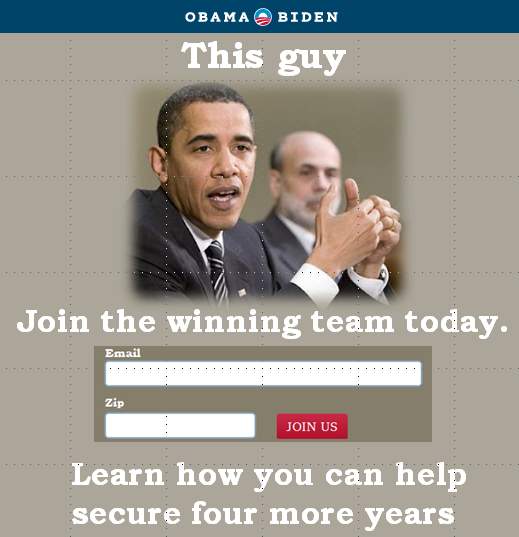 Note: please keep the comments related to paid search ONLY. This is not intended to be a political discussion.