Google call extensions, in beta since 2010, were released in July 2011 to all North American advertisers. Call extensions are a feature where Google displays a Google Voice number next to an advertiser's ad. The caller is then routed to the number of the advertiser's choice, with the number set at the campaign level. Buried in the second to last paragraph of the Google blog post was this quote, a bombshell indicating that there may be a future change to Ad Rank calculations based on call extensions.

In a future release, we plan to incorporate calls into Ad Rank calculations, which determine an ad's position and cost per click. At that time, you'll be able to influence your ad position by specifying a bid per call greater than $1.00 USD. This will parallel the way that click-through rate (CTR) and max CPC bids can influence Ad Rank today.

Ad Rank currently equals Quality Score (QS) times CPC bid. Google shows ads by their ad rank (highest ad rank first, 2nd highest second, etc). It's an ultra-important statistic that defines how and where ads are shown. Any potential changes to it need to be carefully monitored by AdWords advertisers.

While we haven't seen the exact details on how ad rank could change yet, being able to bid more for calls and rewarding that higher bid by increasing Ad Rank is great for any business that makes or can make sales offline. But what about advertisers without offline capacity? Last year Search Engine Land reported the top ten AdWords advertisers, and a number of them (Expedia, Amazon, eBay, Living Social) have online only platforms. This is to say nothing of the thousands of websites which use AdWords and lack call center support. Companies without call extensions might be at a competitive disadvantage in the bid auction to those with call extensions that Google has said might be able to improve their Ad Rank by bidding more for calls.

1) Call Metrics Day Parting - Enable advertisers to show phone numbers only at certain hours of the day (probably when the business or call center is open). Currently if call extensions are enabled they show whenever ads are showing. At 3am it makes sense for a retailer to run ads to their website to make online sales but calls to their brick and mortar locations might be a waste of money.

2) Better Reporting. Call extensions numbers are routed through Google so that companies can't collect the numbers and call people back. However, Google could provide some aggregate data without individual records. Even very basic statistics like the total number of calls from each area code or country code would help. 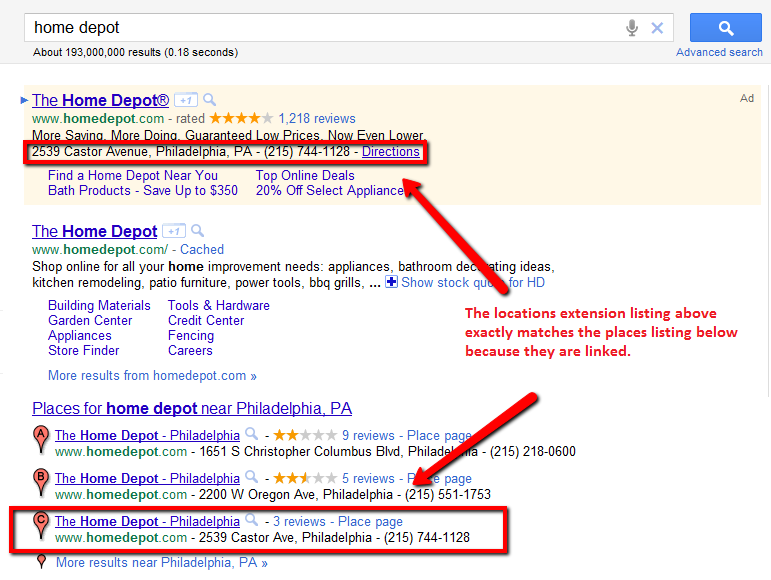 In contrast, call extensions can be contradicted by places accounts which confuses visitors. 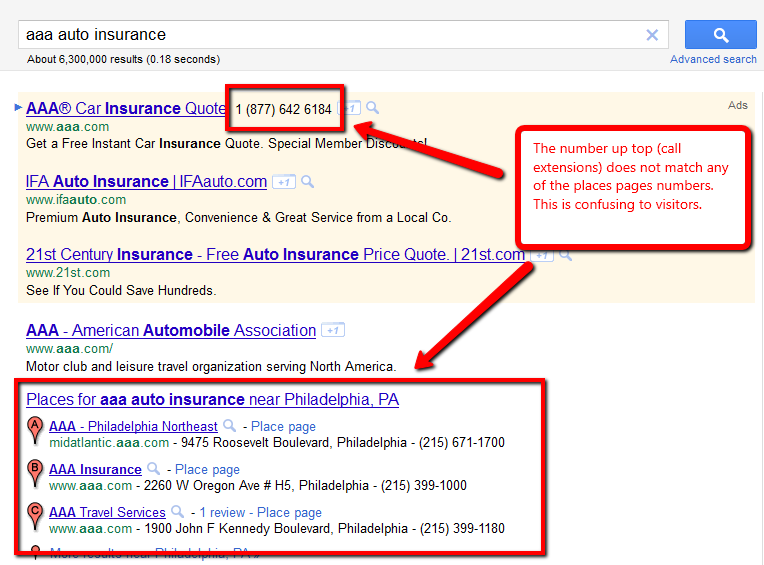 While linking call extensions, places and location extensions may be difficult to execute (how can Google know how many calls are made without routing the call through Google Voice?) there may be ways to do it. It's worth investigating, confusing information on a SERP page is not good for Google's users, advertisers or businesses who set up a free places page.

Because call extensions may soon be a component of Ad Rank, AdWords advertisers need to pay very close attention to upcoming changes. Google also needs to focus on improving call extensions, which as currently organized can send phone calls to brick and mortar locations when they're not open, give little data for reporting and optimization and call extensions presentation on the SERP's can confuse visitors. Call extensions should be a key area of focus for everyone involved with AdWords. Stay tuned.