When To Hire A COO: A Deferred Maintenance Story 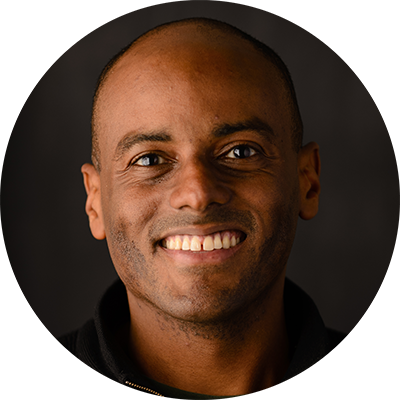 Hello!  I'm Larry Waddell, SEER's new Chief Operating Officer.  I've been involved in a number of entrepreneurial adventures over the years, and I often get asked by entrepreneurs and CEOs, "Hey Larry, when should I hire a COO?"  I love that question and, much to chagrin of the impatient entrepreneur who did the asking, I usually answer by telling a story.  A deferred maintenance story.

"Deferred maintenance" is a well known concept in real estate and facilities management that describes what happens when buildings and equipment go without the needed coat of paint here, the bearing grease there, etc.  Typically the cause is the suits upstairs looking to save a few bucks in the budget by skimping on scheduled maintenance.  Over time, however, putting off needed repairs can result in a laundry list of needs that have been deferred, sometimes for years.  Along the way dollars were saved for sure, but eventually things start to break, leak, creak, squeak...you get the idea.

Imagine a college that puts off replacing the roof of an academic building.  Sooner or later it will begin to leak and damage the plaster on the interior walls.  Then the paint starts to peel.  Then the carpet starts to smell.  Eventually the initial expense of replacing the roof balloons into the need to fix plaster, paint, and replace the carpet.   This is all deferred maintenance and at some point it will impede the ability of the folks in the building to do their work.

So, what does any of this have to do with hiring a Chief Operating Officer?  Well, the astute reader may already be on to the allegory I'm going for here, but let’s do it anyway.  A growing entrepreneurial company, particularly a fast growing one, needs a lot of different things.  Among the most important is often the need to be absolutely maniacal about husbanding cash.  But, setting that aside for the moment, it also needs:

Such a company also needs that most vile and loathed thing in all of bootstrappy startup-dom: the "P word."  You know, P - R - O - C - E - S - S [cue sinister laugh, and much weeping and rending of garments].

Note well that some companies can go a long time without this infrastructure and can achieve decent scale and profitability to boot.  Eventually, however, the inherent inefficiencies and internal coordination issues become a huge drag on growth, at best.  At worst, the gears of the organization will begin to grind as good staff burn out, a key client gets neglected, and the CEO has a disturbingly vague sense of things being "out of control".

Hiring a COO is an investment in the creation of the infrastructure that your growing business will need to support and, in many cases, enable future growth.  It's an investment in your company's future.  Can you bring a COO on too soon?  Sometimes.  COOs can dent a P&L pretty hard as they are typically non-billable, though, if successful, their impact can be seen in the eventual improvement of productivity and profitability metrics.  Depending on your existing and/or planned rate of growth, make sure there are enough "moving parts" in the business so that you can make the most of the COO's skills.  However, a company on a high (expected) growth trajectory should consider bringing a COO in early so that she can develop and implement processes in anticipation of high growth.

Kicking yourself for not doing it sooner?  Meh.  Everything in its time.  What is important is that you understand, today, what you need to delegate and why, and that if you do hire someone, you do everything you can to set her up for success.

What trips up some CEOs, though, is not being able to delegate enough for the COO to be effective. Hiring a COO can also be disruptive as it will rearrange communications and often reporting relationships between a CEO and her subordinates.  But it is precisely this reorganization that enables the CEO to disengage from a lot of the day-to-day minutiae and focus on strategy, client service delivery, R&D, managing the Board, driving sales or often all of the above.

Shortly after I joined SEER back in March, I asked our founder Wil Reynolds how he knew it was time to pull the COO trigger and he said, "I just hit the wall, bro.  I just couldn't do everything."  And that's not all he said: "I got to a point where I couldn't focus on what I love doing, which is delivering value for my clients.  Instead, so much of my time and [head of PPC] Crystal O'Neal's time was spent doing crap that, well, you know, I don't really care about.  No offense."  None taken.  And that, dear reader is how you know it's time to hire a COO.

Wil fastidiously tracks the time he spends on various tasks at SEER and he knew, at a pretty granular-level, exactly what he wanted (and needed) to off-load.  He also knew that doing so would free up a sizable bucket of time each month that he could re-purpose towards SEO research and developing winning strategy for clients.  I highly recommend this as best-practice.  Understanding what you want to delegate and why allows for a more sophisticated discussion with potential COO candidates on role and responsibility, and expectations.

Bottom Line: Deferred Maintenance = A Lot of Work to Do

And what of this deferred maintenance business?  Well, that gets back to COO hire timing and situations where a new COO is confronted with a healthy to-do list.  Think of the contractor that is eventually hired to tackle that mountain of deferred maintenance in the college building.  Why, he's gonna be busier than a one-armed paper hanger.  In SEER's case, let's just say that there is a lot to keep me busy for a while.

We begin. In future posts we'll look at how to implement some of the COO stuff listed above in a "we've got no time, just git 'er done" kinda way.  The first step is awareness of need, right?