When it Comes to URLs, Does Size Matter? 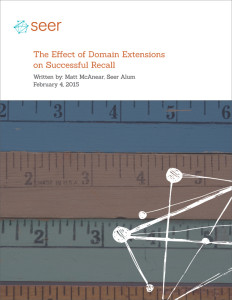 Pop quiz: You’re buying a website domain. You sell disco balls. Disco-ball-fever.com is $200. Disco.ball is $20. Which one do you buy?

Answer: If you are trying to maximize how many people can recall your website domain five seconds after seeing it, then buy disco.ball. 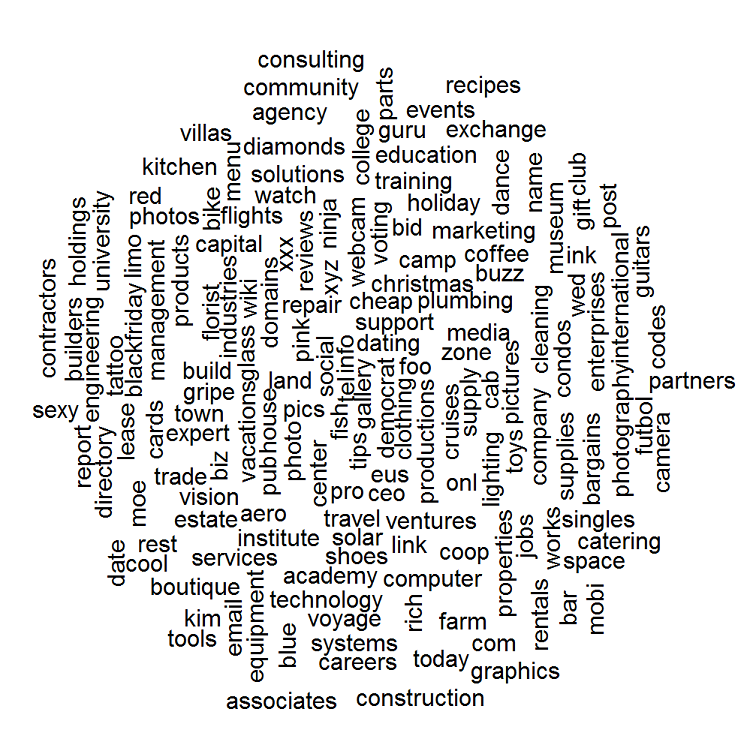 The motivation for buying one of these is both obvious and intuitive. Let’s say you own a specialty bouquet shop. You may think: “I want bouquets.com, but it’s taken! I’ll buy bouquets.flowers instead. It’s still fairly short, has a nice ring to it, and it’s got a unique extension so that when anyone thinks of bouquets or flowers, they think of bouquets.flowers!”

Without some hard data, both of these hypotheses sound plausible, and so SEER set out to do some experimentation. We started out asking a very simple question: “What’s easier to remember: a longer domain name with a .com extension, or a shorter domain name with an exotic domain extension?”

Once we had the data, we analyzed it using some fairly common statistical tests for binary (yes/no) data.

Here’s the distribution of how the questions were answered.

The first conclusion you might draw looking at this graph is that .com domains are easier to remember than the exotic extensions, since maple.com was remembered by 45% of people, far more than any other domain. But that’s not quite right! In fact…

So does size matter?

If you follow that simple rule, we at SEER are confident (at the 95% level, anyway) that your domain will be stuck in the heads of any potential customers who see it!

NOTE: Stay tuned for a white paper further detailing the intricacies of this experiment.