Reminder: Review Extensions Are Awesome, Use ‘Em If You Can

You know that giddy feeling you get when your business wins an award or receives an accolade? I don’t know about you but I want to climb to the top of a mountain and announce all of that positive press to the world. But in my case, that mountaintop is Google, and Review Extensions are my megaphone.

Released in 2013, Review Extensions show with your ad and feature either an exact quote or paraphrased quote from a credible, third-party source. Think about how awesome it is to have your ad, your business, associated with a reputable source that’s writing good things about your company. For this reason, review extensions are certainly worth considering using should you have the opportunity to do so.

More importantly, using ad extensions of any type creates the opportunity for more real estate on the SERP’s, which can help increase traffic, and ultimately lead to more conversions. Like other extensions, Google has reported that review extensions can boost ad CTR by up to 10%. From my personal experience, I’ve seen account CTR increase from 2.98% to 3.30% in the 30 days since implementing account-wide Review Extensions vs. the 30 days prior to not having them active.

Review Extensions must click through to the third-party source. As such, you’re not charged for clicks on the extension itself, only when someone clicks on your ad. Listed below are a few other major items to remember when creating review extensions below. In simplified terms: Avoid using “...a Masterpiece” as your Review Extension when the source actually called it “Not Even Close To a Masterpiece.”

Keep in mind that Google manually reviews Review Extensions. We’ve noticed in a few cases that paraphrased quotes were easier to get approved vs. exact quotes. This isn’t necessarily a bad thing for two major reasons: 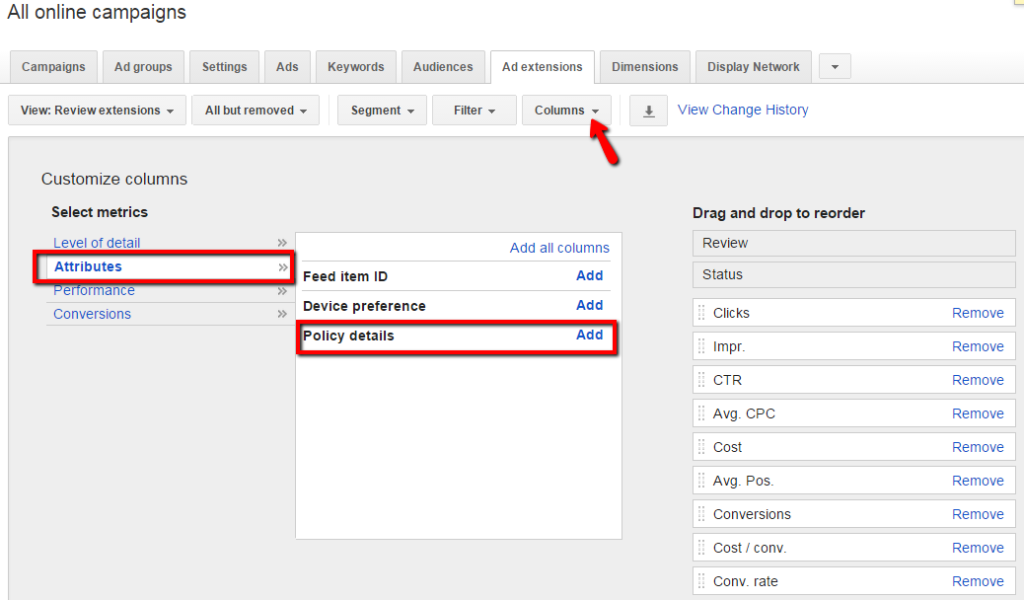 Have you experienced anything notable with Review Extensions?