How to Use Paid Social to Improve your Conversion Funnel

There’s no way around it: social media is growing in popularity within the paid digital advertising industry. When asking why, the obvious thought is that advertisers like to reach users at as many touch points as possible (we’re probably 5-10 years away from seeing ads etched into the outfield grass at MLB stadiums).

But there’s a deeper, more strategic reason advertisers are placing more resources into social efforts; users habitually volunteer more information about themselves on social media channels than anywhere else. With paid social advertising, marketers have access to an audience's education, college major, residence (down to the zip code), employer, and any number of bands, products, and movies that they are prompted to engage with on their social media accounts. That makes for powerful advertising ammo.

Given the level of audience granularity available, paid social is something that the Seer PPC team has increasingly been working with for our clients. My first large foray into one social channel, Facebook was with a multi-media campaign for a B2C healthcare client specifically targeted at Millennials in the Philadelphia area.

In addition to utilizing Google and Bing to drive brand conversions such as “requests for more info” and “newsletter subscriptions,” we also used YouTube advertising to generate awareness for our client. We sought to achieve both awareness and conversions by promoting on Facebook. We had a number of campaigns running simultaneously, some with the objective of driving traffic to the client’s site for conversions (campaign name: brand conversions 1 and 2), while some were seeking to generate engagement with their Facebook page (campaign name: page likes). Below are the results of the paid social campaign.

The overall campaign was a runaway success in terms of engagement, but we didn’t see conversions from it. As can be seen in the table above, when the main goal of an ad was to drive a page like, we saw a very high response. When the call to action was to navigate away from Facebook and complete a desired conversion on the client’s website, we were somewhat less successful.

Without speculating too much on the psychology of why this was the case, I believe that it comes down to the state of mind of the user while on a social channel. When a user is browsing a social channel such as Facebook or Twitter, they are doing so for a specific reason. It may be to catch up on news headlines or engage with their friends. Whatever the reason, the intent is to scroll through the feed and digest as much of that information as possible. Because of this, we tend to see quick engagement actions (likes, shares, etc.) that allow a user to continue on with their browsing uninterrupted, perform well.

While working on this paid social campaign, it was frustrating to pinpoint the ideal audience on a channel, then find that there was low conversion volume. After I targeted a perfect audience for the company’s product at a low costs-per-engagement, the question was no longer bout how to reach the target audience - since we already achieved high engagement metrics. Instead, the question became: How can I use paid social data to encourage an audience to make more conversions further down the marketing funnel?

Using Paid Social to Prequalify Users for your Conversion Channels

Finding the solution to this question has been a challenge that digital advertisers have been dancing around for some time now. Marty Weintraub, a psychographics maven and judge of the european search awards, proposed a solution in his presentation at this year’s Acquisio Summit. He suggested utilizing audience data from top-of-funnel engagements, like social media, to prequalify users in order to re-target them to more conversion-focused channels - like paid search ads. 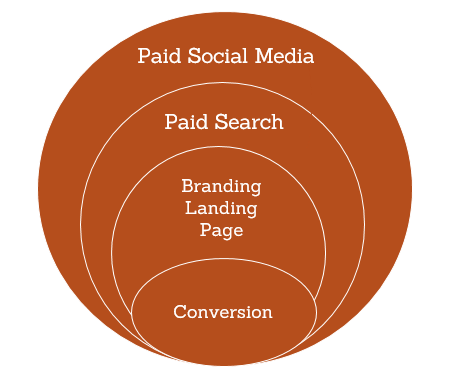 Theoretically it’s so simple; but in practice, it’s a little bit more complex. Once we have these segmented audience pools, how do we migrate them from one channel to another? How do we bridge the gap between these distinct channels that represent different stages of user engagement in the sales funnel?

Here at Seer, the solution we came up with was to utilize Google Analytics as a central hub to sort all traffic from the social channels and funnel it into AdWords, a more conversion-heavy channel. (If you are unfamiliar with Google Analytics channel groupings, learn about them here).

Now, why would I want to go through all this trouble just to create a remarketing campaign on Google? Essentially, doing so prequalifies my audience. By utilizing RLSA (Remarketing Lists in Search Ads) I am still using keywords to show ads to users who are actively searching and have a need to fill, but I’m ensuring that those ads only show to users who have visited my site before. I can utilize all that demographic information above to segment my audience and tailor the keywords and ad copy to those individual segments, making the ad that much more relevant and enabling me to continue moving them down the sales funnel. In doing this I am able to tailor my message and direct users to pages with different content based on what their previous engagement with the site is, providing more information and stronger calls to action as needed.

An added bonus of RLSA is that it can be used to target expensive keywords at CPCs that are significantly lower than they would be to a non-remarketing audience.

How to Link Social Media Data into Google Analytics & AdWords

The process of linking up social media data to Google Analytics is actually fairly simple. First, make sure that each audience is segmented into it’s own campaign, as seen below (ie if you’re targeting parents with different aged kids, make sure each age range for the kids gets it’s own campaign). 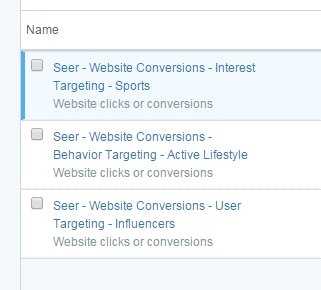 Next, make sure that all links to the site have proper UTM tagging that clearly identifies which campaign the traffic is coming from.

From there, the rest can be done in Google Analytics. Navigate to the Admin tab and click on “Audiences” under “Remarketing” 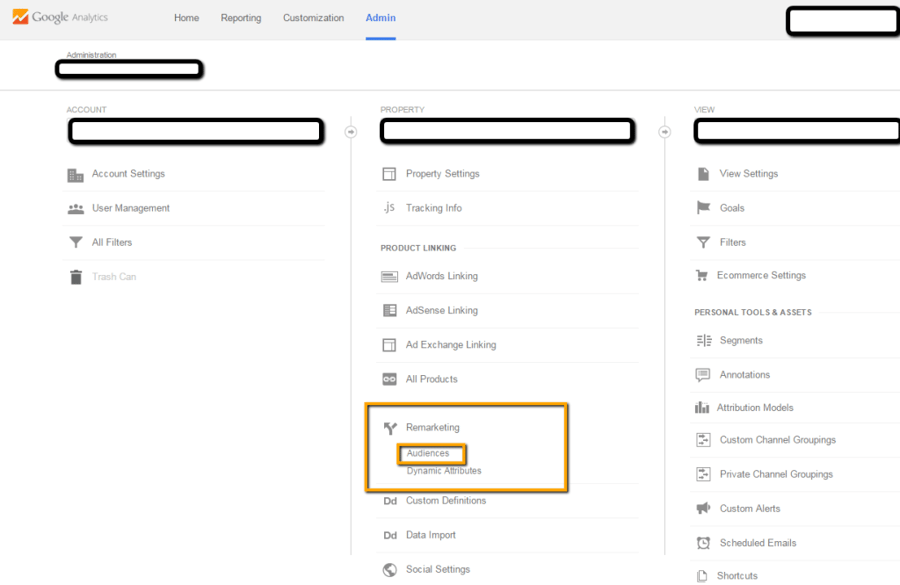 Apply the settings, give the campaign a name, and you should be good to go. From there, the audience should appear in AdWords with any other remarketing campaigns that are already set up.

Unfortunately, the one caveat to this is that this only includes users who actually navigated to the site from one of the social channels. There are a number of ways that you can attempt to maximize the percentage of users who navigate to your page from a social channel, including any number of offers such as an ebook, coupon, etc. If it’s cost-feasible, there’s also always the option to set high frequency caps to continue engaging the same users while also driving new ones to the site.

How do you use Paid Social data to move potential customers down the marketing funnel? Share your ideas in the comments below or tweet