About two weeks ago, we discussed Why To, and How To, Start Advertising on Twitter.  In this installment, we're going to take a look at ways to set Twitter goals, select ad types, and optimize account settings.

It's important to take a step back with social media and think about what you're trying to accomplish and why before diving into details.

2- Strategy – What's the plan for how you will use Twitter to accomplish the goal? Examples of this might include

3 - Tactics – What will you do to hit goals? Examples of this might include

Too many people jump into social media because it's the hot thing without thinking about why first.  If you take the time to identify goals, Twitter will be far more successful for you because you'll be able to make better decisions about HOW to advertise on Twitter.  The usefulness of each Twitter ad format varies depending on your goals. 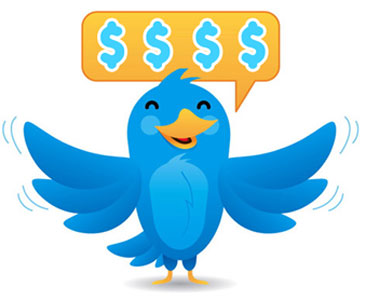 Choosing Twitter Ad Types Based on Goals This is hyper-simplified to say the least, but each of the three Twitter ad formats works best for different goals.

Promoted Tweets allow advertisers to show tweets with product offers and links to optimized landing pages.  If the goal is immediate direct response (sales) promoted tweets may be an area to focus on.  The entire ripple effect of promoted tweets (secondary and tertiary RT's, clicks, replies and follows) is measured as 'earned media' as of Twitter's March update.

Promoted Accounts allow advertisers to show in the 'who to follow' section.  Once users follow you, they'll see all of the same non-promoted Tweets you show current followers.  If you have a longer conversion time or a lead generation goal, or if you want to interact better with customers, this might be a good option.

Promoted Trends increase interest in a particular topic. They cost $200k per day, but if you're looking to spark a conversation this is the way to go.  Consider the source, but Twitter posted a good case study of LG's promoted trend experience.

Once you get down to the level of tactics, there are a few things you should know about Twitter settings when setting up your campaigns.

Twitter location is based on the IP address the person most frequently logs in with.  Anyone traveling will see geo-targeting from their most frequent location, making local ads less effective.  If you have a local product, be aware of this.

Twitter guesstimates gender ("We infer gender from information our users share as they use Twitter, including their profile names and follow graphs").  This leads to many unknown gender and mistakes.  I've seen up to 15% unknown gender in campaign reports.  Think twice about promoting a product to one gender only, as you'll cut volume and possibly be targeting inaccurately anyway.  Unless it's a product only used by and bought by one gender almost exclusively, I'd stay away from gender targeting.

Twitter interests can be assigned based on a single follower.  If someone follows 100 people, including 99 hair dressers and one bowler whose wife is a hairdresser, they'd be included in the bowler interest category and shown ads for new bowling shoes.  Therefore, allow yourself to cut interests that don't seem to respond well.  General terms that could apply to a broader audience may make a lot of sense intuitively for your customers and industry, but the combination of a broad theme and how twitter targets themes may dilute the quality of the audience you reach.

Daily budgets work by Quito time.  You have options similar to Google (standard and accelerated budget) but if you choose accelerated the time zone is midnight Quito time.  I just went to Argentina & Chile, but I had to look up Quito time which is in Ecuador.  It's EST but without daylight savings.

If spending heavily in the early morning isn't desirable, use the standard budget which tries to distribute spending evenly throughout the day.

Only Promoted Tweets can customize device targeting.  If your site renders poorly on mobile, think twice about Promoted Accounts which may lead people to check out your site which won't show properly on their phones.

How have you decided what Twitter ad formats to use?  What quirks have you seen from Twitter settings?