Are you looking to improve your Twitter advertising?  I wanted to share a few tips on what I’ve seen work well for promoted tweets for my SEER clients.

I know, this isn’t a promoted Tweet but it is.  I don’t care what it’s called, hear me out.  Twitter lets you select Tweets to run as promoted ACCOUNT in timeline ads.  It’s still called a promoted account so you only pay when they follow you (yes it’s confusing). 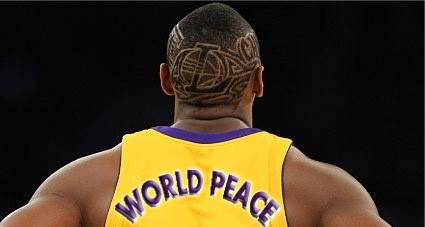 I don’t care what someone or something calls themselves (Ron Artest/World Meta Peace), it they’re playing well put them in the game.

2 – Don’t become hyper focused on how old your tweets are.  They don’t need to be hours old.  Relevancy, not how recent they are, is what is most important.

People may tell you that in microblogging, recent and relevant are the most important things.  Relevant content is critical, but some of our data says that recent isn’t as important as one might think.  We tested promoting a tweet for 12 days (longer than recommended).  Cost per engagement and number of engagements were steady over a twelve day period.

Engagement rate was actually 3% higher on days 7-12 than it was on days 1-6.  People are a bit more patient than one might think on social media.  Don’t use the shotgun approach and produce too many tweets to be constantly changed, at the expense of quality content that is working well.

3 – Integrate advertising with Tweet writing, just as you would write ad copy.

There’s no Twitter equivalent of a Facebook dark post (in Facebook dark posts, you can promote unpublished content to fans).  Every tweet is also a message your followers see, which can then be made an ad (promoted tweet) if you so choose.  So you need to be thinking about what would make a good ad while you write the Tweets.  Use all of the same practices that apply to standard ad copy creation – a unique value proposition, clear call to action and goal.  Don’t include so many shiny things that users are overloaded hashtags and mentions and links – just include the one thing you want the people to see your tweet to do. 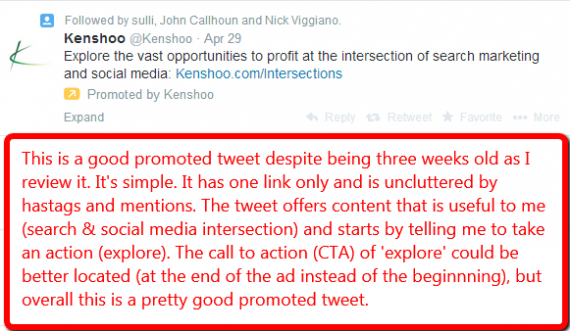 #4 - Finally, get the basics right and keep focused on blocking and tackling.  Avoid shiny object syndrome. 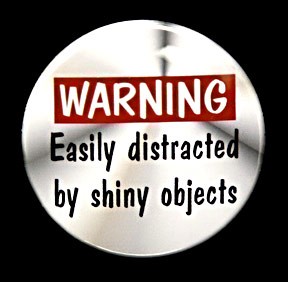 I learned this the hard way.  For one client with a five figure monthly Twitter budget, we spent months investigating tailored audiences, had calls with multiple partners, etc.  Then we learned that tailored audiences needs a minimum of a half million or one million unique visitors per month (depending on who you ask).  Betas and unique ad format should be a tiny part of your focus.  Focus on blocking and tackling by getting content creation methods like building Twitter cards down properly, along with creating good audiences. To recap my four tips

3. Integrate advertising with Tweet writing, just as you would write ad copy.

What have you seen work well for promoted tweets?