“Women in the workplace” is a topic both necessary and controversial. Controversy stems from this subject because it challenges an ugly truth: gender inequality. Even in an era where social consciousness is on the rise, foot-in-your-mouth fumbles to full on PR nightmares still exist amongst teams at the biggest companies around world. But, what exactly does this inequality look like?   Our event on September 27th aimed to talk about the challenges of being a woman in the workplace and cut the BS amongst women and men, fireside chat style (similar to our Pioneers of Company Culture event).

In case you weren’t able to stop by the 7th floor of the “Search Perch”, as always—we’re happy to spread the wealth! Below is a recap of the event, highlighting of our favorite stories, quotes, and the need-to-know mantras to help you walk into work feeling ready to rule the work day.

Love the writeup, but want to take a listen to the full event? We hear ya. Check out our recording below!

From their struggles and success in the workplace, Seer invited the following three keynote speakers to share their stories. As with all of our events, all proceeds go to towards our speaker’s charity of choice which have been linked below.

Stacey Sargent: CEO of Connect Growth and Development, Inc. She used to be Joanna’s coach! We got to hear about all the things they talked about in their coaching sessions. 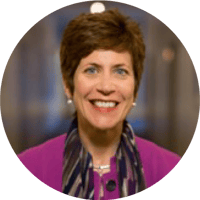 Laura Sanders:  IBM Exec; has held many high-level roles in the company; rose through the ranks and was inducted into the Women in Tech Hall of Fame.

Joanna Lord: CMO of ClassPass (you know, the service that allows you to hop around different fitness classes in the city!)

Before The Event: Q&A with Joanna, Stacey, and Laura

Hours before the event took place, we scored an exclusive opportunity to hold an internal Q&A session with Stacey, Joanna, and Laura with a variety of questions provided by our very own team members. 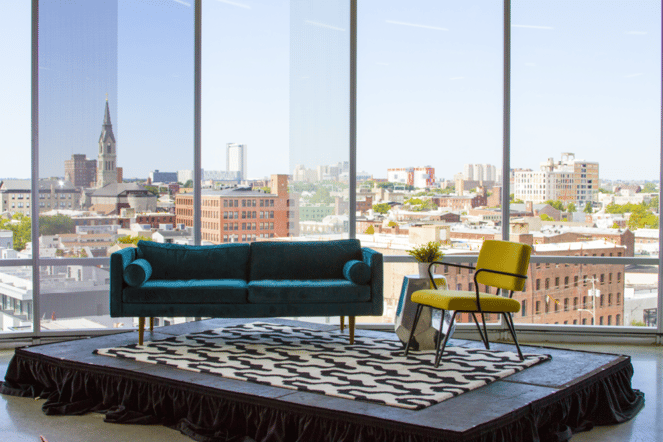 Why is it important to cultivate confidence and understand what motivates you? What exercises do you recommend to become more self-aware?

Throughout your career, have there been years where your time was disproportionately invested in work vs. family? When? Any advice for women and men alike on juggling family and career?

With the wrap of the internal Q&A session, Joanna, Stacey, and Laura took to the Seer stage alongside our founder and Director of Digital Strategy, Wil Reynolds. He took the time to remind our speakers, as well as the audience, that this event was a safe space to ask questions and share stories candidly which may feel uncomfortable for some. 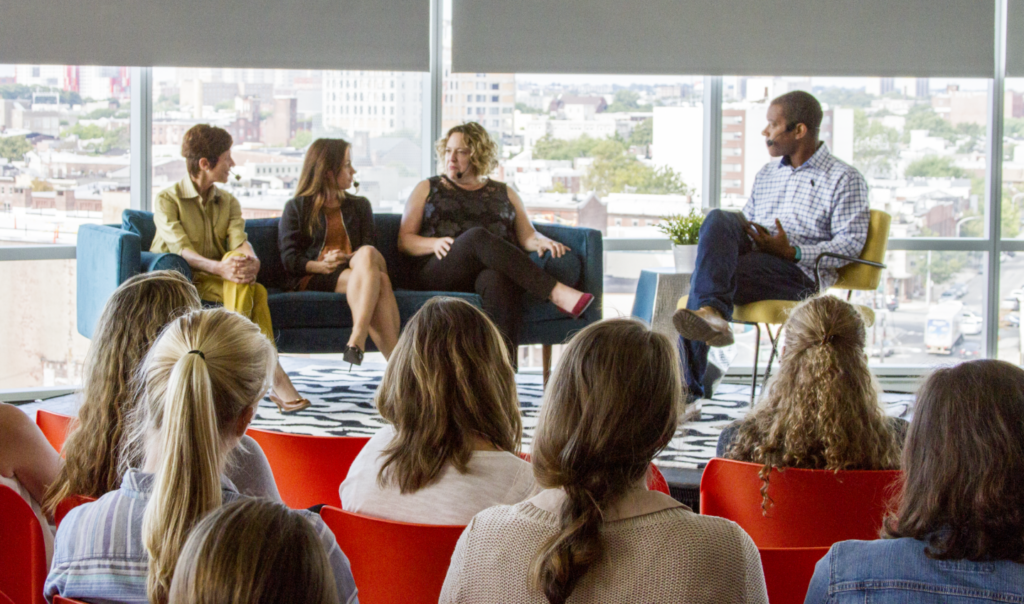 To emphasize that point, Wil challenged the speakers to talk about their experiences with blatant sexism in the workplace. “Share a cringe worthy story,” he asked. While the mind reels at the possibility of this question, most answers didn’t involve physical harassment-- although Stacey talked about how someone “cupped her ass” in a meeting. Instead, there were shared experiences involving silence, alienation, or complete disregard like choosing not to shake hands, not making eye contact, or making belittling, comical comments about other women in her presence. These are ways to make women feel like they don’t belong without even realizing it.

Body language is a powerful tool to combat these situations. Often, women find themselves making themselves smaller (ex. crossing legs, crossing arms, etc.). Nonverbals allow you to create a space that you feel powerful in as well as emit subtle queues of competency and leadership. For example, the Gorilla Stance, which is making yourself larger, is one method to assert your physical presence.

“You must have presence—it makes a difference.” Laura emphasized.

“Don’t change your personality. If you’re quiet, you’re quiet. Make people lean in. A lot of that is eye contact. But, accept that some things won’t happen right away.”

What if a comment or action by a co-worker wasn’t intentionally made to make women feel alienated? “How do you grapple with unintentional sexism?” Wil inquired.

For example, when Seer Interactive held an event that showcased zero women, an individual stepped forward to express how the lack of representation was unfair. Wil felt frustrated. “That’s just how it shook out,” he continued. “I wasn’t given benefit of the doubt.”

Stacey chimed in on the importance of stepping back and re-evaluating a situation. “You should appreciate that someone called you out. Think about if you want to respond as a blocker or an opener,” she recommended. 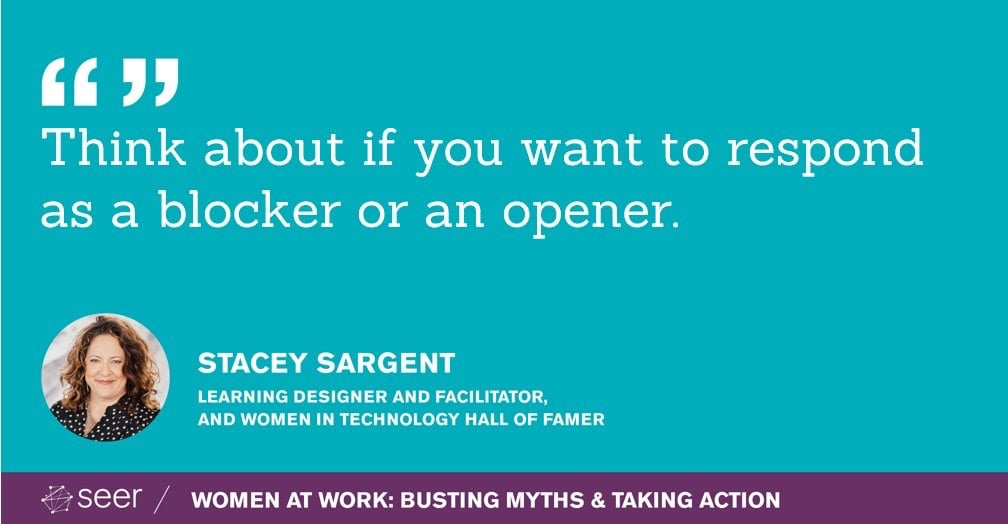 Appreciate their comments and provide context to your choice. Accept that it’s happening and validate this person’s feelings. Most importantly, choose your battles. Is the confrontation bringing thought, curiosity or value to the table? If not, you can’t win ‘em all.

You may protest and say, hey, slow down—what if I do want to win all my battles? Is that even possible, even for all-stars like Joanna, Stacey and Laura?

“What’s something that matters to you that you’re willing to not be good at?” Wil asked.

Joanna once dreamed of being an amazing marketing executive who was good at everything, but realistically, couldn’t be perfect in every department. Instead, she looked to others to fulfill the ‘expert’ roles at her company.  “I staff my team and become a great cultural executive. I know my superpowers. And I’m okay with it now by building great teams around me,” Joanna admitted. 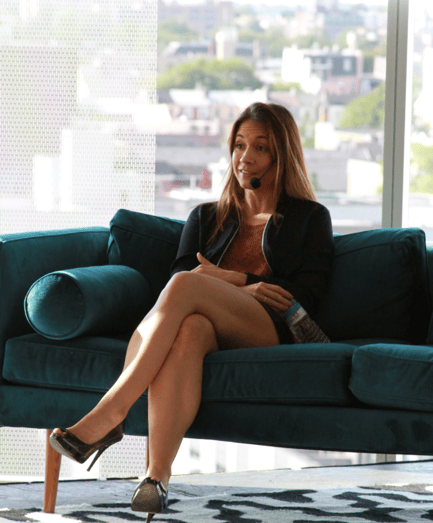 Knowing your superpowers is important, but helping fellow women recognize and celebrate themselves is a feat in its own right.

At Seer, Wil is often traveling the world and presenting compelling ideas on all-things-digital while our President, Crystal Anderson O’Neill acts as our foundation; her sharp, tactical mind coupled with sheer willpower keeps the gears moving. However, when it comes to Seer, most often people think of him and not Crystal.

“How do we push women to share their knowledge?” Wil asked. “How can we support them?” “You have to decide where you want to be pushed,” Laura advised. “You have to have a view of what you want your life to be. And you have to be willing to take those risks.” “Pushing people doesn’t always make people happy,” Joanna stated. “Once, I pushed someone so hard, I broke her. She just wanted to do that job really well. She thought she was letting me down. “By definition, power and authority means you’re blind,” Stacey continued. The most important thing to consider is whether or not this person wants what you do. You may be pushing your own agenda, particularly if you’re in a higher position of power.

So true. Important for managers and those in leadership roles to know. #SeerWaW https://t.co/GqFsVSe5Ci

“For women, what do you think are our blind spots?” Laura asked. Wil paused for a moment, puzzling over his answer. “At conferences, women are more critical when rating other women speakers,” he said. ”I think it’s deeply rooted in competition,” Joanna noted. “But the kindness to other women is critical in your career. Number one thing I would tell women starting out in their careers: Support other women! The concept of stiletto networks, women supporting each other behind the scenes-- they’re powerful. From hiring, to job switching, whether or not we want to be mothers, we discuss it.” “Sometimes you create your own path and create your own group. There has to be other people who help create a system that does that. Along with a lot of other things—you don’t have to solve it all.” Stacey said. 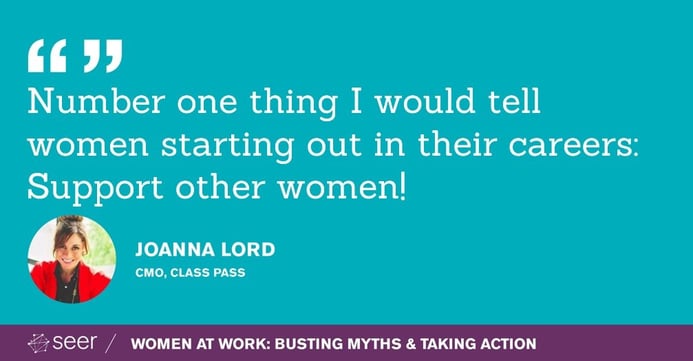 Although creating a support group takes energy and time, it’s a worthwhile investment in your professional future. This is truly exemplified in the relationship between Joanna Lord and Stacey Sargent with a partnership and friendship that spanned back many years. After working together on various projects throughout their careers, their paths crossed again and prompted the beginning of Stacey becoming Joanna's executive coach.

“I was holding an open women’s event and encouraged Joanna to come and she did!” Stacey said with a smile. “I asked her to coffee and said that I wanted to be her coach. Then, I became her coach.”

“I thought she thought that I needed help,” Joanna confessed. “It made me feel uncomfortable. But I did it and I’ve hired Stacey at every place I’ve worked at.” For Laura, her supportive partnership with her husband was an additional layer of confidence in her pursuit of success. Communication between Laura and her partner was key as she traveled the world. “We had rules. We would not be separated for 2 months,” Laura said. “All that matters is that you share. It goes both ways. You need a supportive partner.”

"I wanted a partnership." Laura Sanders is dropping some serious relationship advice for us ladies at #SeerWAW.

Become Comfortable with Being Uncomfortable

Sometimes, discomfort is a part of your path to success.

As an ode to the film starring Marshall Mathers (a.k.a. Eminem—sound familiar?), Joanna shared her mantra of “owning your 8 Mile moment” with the audience. For those unfamiliar with the movie, we recommend taking a read directly from Joanna’s blog here, where she elaborates more on this mantra. Before you dismiss the learnings from the real Slim Shady, hear us out. When Eminem took the stage for his rap off at the climax of the film, he put himself on blast and owned his failures. Essentially, owning your 8 Mile moment means owning your failures and sharing what you know to be true (this doesn’t have to take place in a rap-off, but you get the gist). “Don’t spend time and energy not being yourself,” Joanna noted.

Creating change within yourself is uncomfortable, but worth the effort.  #seerwaw

This type of confidence doesn’t always come naturally. While Joanna grew up with incredibly supportive parents, she had faked confidence for about a decade. While she admittedly didn’t know how to do certain aspects of various jobs, Joanna emphasized her ability to work beyond expectation—learning after hours, picking peoples’ brains and most of all, HUSTLING, to make up for her lack of knowledge. When it comes to salary, confidence is key to your success. “It’s just a conversation. It’s about your contributions, the outcome,” Laura said. “You have to practice. It’ll get easier when you’re older—it’s a confidence thing. It’s okay for me not to know and feel comfortable asking.” 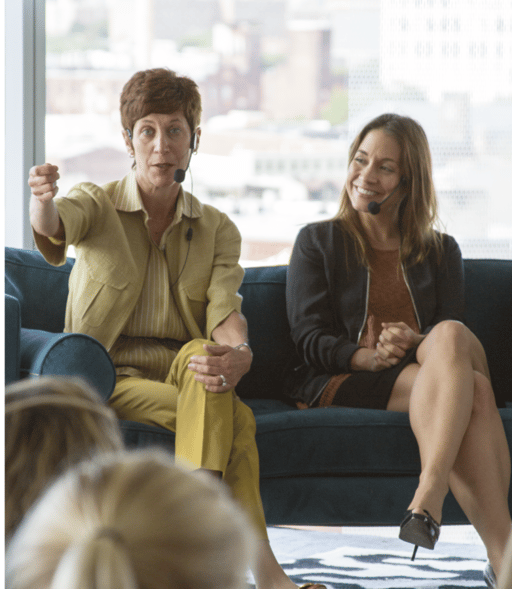 However, this is one method of success. Not everyone is ambitious as their company’s CEOs, CMOs, and so on. “How would you set the pace as a leader for others to follow?” Wil asked. “If you have an ambitious leader, you could set that as an ambition for yourself, but does that align to yourself or your values?” Stacey inquired. “Think about what makes you proud. What stress do I have in my life that is hurting me? What stress is helping me?”

“When I’m jazzed, I could go on forever and I’m on fire. If it’s bad stress, I’m tired," Joanna added. "You have to pay attention to those bad weeks and you shouldn’t have that many bad weeks in a row.”

Seer Interactive’s Women at Work event raised over $3,000 for charity. Seer would like to extend a warm thank you to everyone who came out to the event, as well as our special keynote speakers who candidly shared and discussed their experience as women in the workplace. 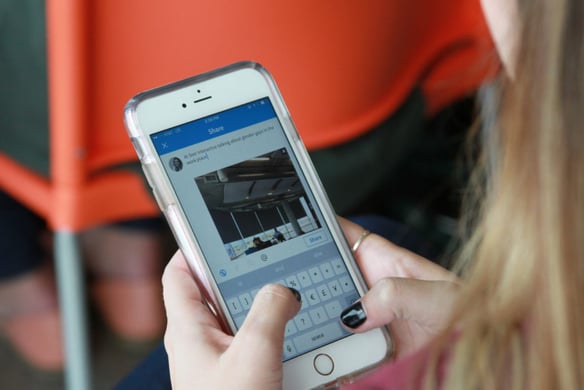 Feeling inspired after learning from these awesome women? Check out their book / lecture recommendations below!